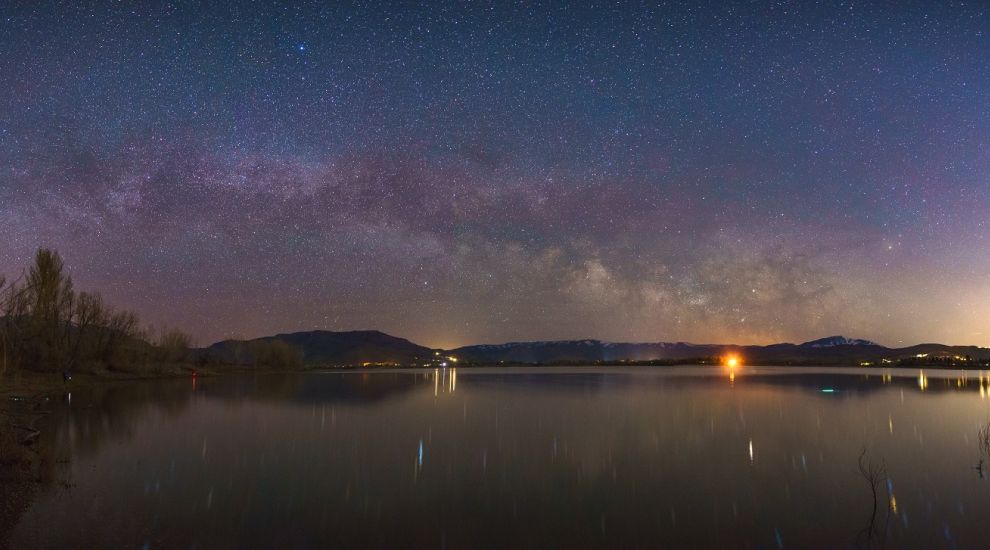 When were you last outside and the absence of light prevented you from seeing your shoes much less the path before you?

Welcome to North Fork Park, one of Utah’s 12 (and counting) designated International Dark-sky Association dark sky parks, just minutes from downtown Ogden. While it is best known for its stunning scenery where hikers and Nordic skiers can meander the trails swirling through the mountainous Ogden Valley, its biggest attraction lies in the voluminous sky directly above.

Although everyone can claim access to the sky, as our urban and even rural communities become more illuminated, our view of the upper atmosphere, ironically, is being diminished. It is hard to imagine that, in 1609, Galileo fashioned a telescope that could magnify an object 20x allowing him to see craters on the moon, meteor showers, supernovas and the phases of Venus from his garden in Renaissance Florence. Contrast this with the phones we carry in our pockets today. While they contain apps that can digitally point to every constellation ever identified, even Cassiopeia, named for the mythological vainglorious queen, is visually obscured by the lights of most modern skylines. Dark sky parks, such as North Fork, are turning down the lights at night (by simply aiming them downward in many cases) and becoming some of the few remaining portals for viewing the universe.

But the sight of the stars always makes me dream. — Vincent van Gogh.

Explaining what the Dark Sky at North Fork Park looks like is akin to describing what a tomato tastes like. For one who grew up searching for Orion’s Belt by aligning a dual-wheel star chart, pointing an iPad to the sky from my urban window is as disappointing as biting into a hothouse fruit from a big box store. North Fork Park is a designated place where, on a cool night lying on a blanket, you can stare up at stars so radiant and numerous that everything you believe, know or worry about seems infinitesimal and manageable, a place where you can suddenly contemplate … everything.

North Fork Park is a place where, on a cool night lying on a blanket, you can stare up at stars so radiant and numerous that everything you believe, know or worry about seems infinitesimal and manageable.

It doesn’t take an astronomer to locate or appreciate the stars at North Fork Park. Amateurs and artists have been doing it for centuries, and some of them turned out to be among history’s best — but a fancy telescope and one of those modern apps do help. Standing among a group of stargazers in the park one night, I joined Paul Ricketts of the University of Utah as he aimed his barrel-sized telescope toward a coal-colored eastern sky. Although our eyes fully adjusted to the low light in less than an hour, within minutes, people were calling out constellations like students in a classroom. The Whirlpool Galaxy, Jupiter with four of its moons, double stars and more were present but, like an eager adolescent, I was distracted.

“Where’s Orion?” I asked. The hunter with his famous belt and sword was hidden behind the clouds, but I couldn’t even see the clouds in the inky sky, and the simple calculus of a Dark Sky park became apparent. “Clouds are supposed to be dark at night, not white,” explained Bettymaya Foott of the Colorado Plateau Dark Sky Cooperative. If the clouds are white, you’re not looking at the night.

In the summertime, you can pitch your tent or simply sleep under the stars, a show that changes every night but lasts throughout the year. In winter, cross-country skiers can rent gear at the North Fork Park Yurt or bring their own to enjoy a Moonlight Glide scheduled each month when the moon is full. Locals know to bring hot chili and warm brownies to share with “foreigners,” as they call anyone from beyond Ogden.

A Toast to Dark Skies

The North Fork Park community (home of Snowbasin, Nordic Valley and Powder Mountain resorts) that welcomes visitors is particularly proud of the Dark Sky designation and sees the collateral benefits seeping into to the rest of Ogden Valley — but not at the expense of its small-town character. Keeping the lights low is a big part of preserving the ambiance even as the population grows, and while the long-time residents are the most nostalgic, explained Bettymaya, it is actually easier to convince newcomers (with an occasional arched-eyebrow) to protect the park’s Dark Sky often with simple and economical lighting design choices.

Stargazing in Utah is an extremely affordable, year-round activity that changes every season and can be combined with active or social pursuits. It can be guided or done individually by novices or experts, grannies and tots. As in other designated Utah Dark Sky areas throughout Utah, astrotourism numbers and dollars have increased around North Fork Park even as the lighting has decreased. Day visitors stay overnight spending more money on lodging and extra meals.

This means not just an increase in businesses but the types of them. Local businesswoman, Ashley Cross agrees. She and her husband, Chris, recently opened New World Distillery, a “destination distillery” (yes, in Utah) making award-winning gin and premium agave (don’t even think about squandering this stuff in a margarita). Their stylish tasting room with giant picture windows revealing an immaculate production area with stills that sparkle like the stars in the night sky is minutes from North Fork Park. Surprisingly, this popular stop off the main road chooses not to illuminate its sign, a compass that, as positioned, appropriately points up toward the Dark Sky. When asked how anyone knows how to get there, Ashley chuckled, “Ask Siri.”

Written by Paula Colman for Utah Office of Tourism.

Paula Colman is a recovering attorney and practicing parent and, because her family supports her passion to hike, mountain bike, ski and write about all of her adventures in Utah, probably qualifies as a sponsored athlete, as well. You can follow her on Instagram (@harpo_utah). 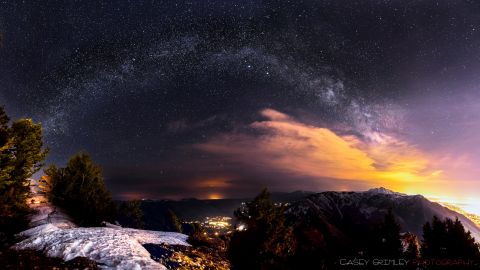 North Fork Park is a 2600 acre camping and outdoor gem located in Liberty, Utah on the eastern side of the Wasatch Mountain Range. It is home to... 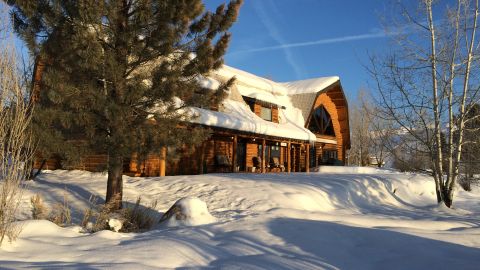 Snowberry Inn Bed & Breakfast is known for our delicious gourmet breakfast that&rsquo;s sure to start your day off right. Our lodge has places to... 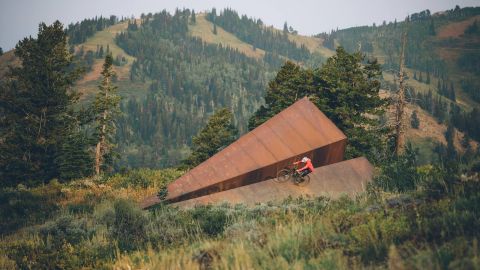 Powder Mountain is a throwback, mom and pop style resort that boasts some of the best mountain biking and hiking trails in Ogden Valley. Here you have...