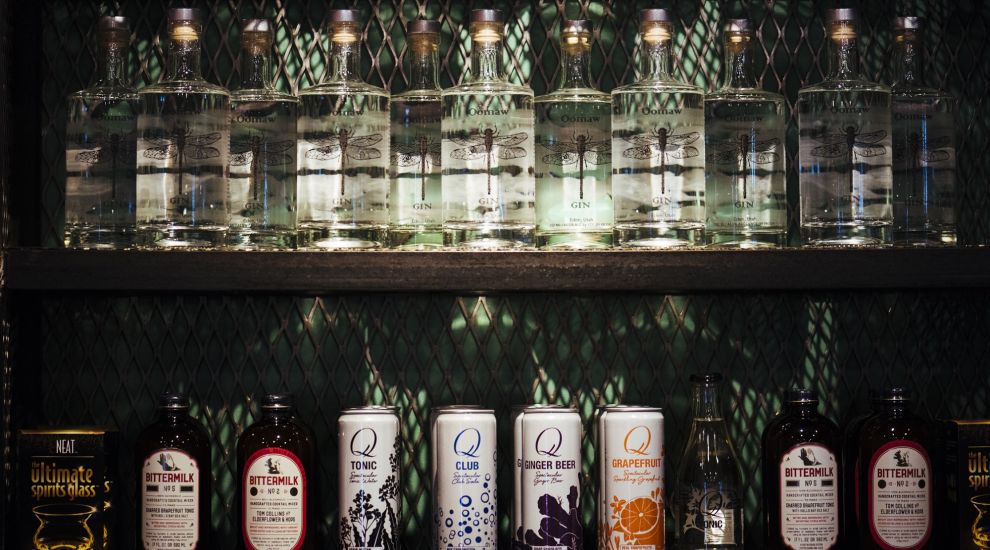 A decade or so ago, the idea of an Ogden Brewery/Distillery Guide would have been laughable. In fact, it would have listed a single brewery. However, the notoriously independent streak that runs through this community has given rise to enough artisan brewers and distillers over the last 10 years that an overnight stay is necessary to responsibly visit them all.

In order to help you plan your visit, we’ve created this overview so you don’t miss any of the amazing libations or locations that Ogden has to offer.

Any guide to brewing or distilling in Ogden should start at the beginning. That single brewery mentioned above? That was Roosters Brewing Co. They began operation 26 years ago, and their original location on Historic 25th Street is still in operation today. The tiny brew room that started it all is still in operation churning out the iconic beers that started it all, including Bees Knees Honey Wheat, Junction City Chocolate Stout, and O-Town Nut Brown. The smaller-batch brewery on 25th Street also cranks out special seasonal brews.

The family-friendly atmosphere and amazing dining options have made Roosters a staple in Ogden since 1995.

The next brewery to join the Ogden scene was Talisman Brewing Co. This veteran-owned-and-operated brewery. Owners, Dusty and Joann Williams, and their brew crew have developed a broad selection of beers ranging from light, Mexican lagers to robust, dark stouts, and their work in the realm of goses and sours is exceptional. However, it’s their refinement of hoppy beers that truly sets Talisman apart from the rest.

IPA lovers should definitely try the Comin’ in Hop and the Spindrift, both flagship Talisman beers. If you’re lucky, you may even find one of their “Adventures in IPA” bottled beers in their beer store. This limited-production series is where Talisman brewers have fun with hops and develop new brew recipes. The series is currently on its ninth iteration.

The 13-handle Talisman taproom offers plenty of variety available in flights, pints and pitchers. Settle in with friends over a board game or a bit of corn hole. Feel free to bring in your own food from any of the nearby restaurants, and don’t leave the dog at home. Fido is more than welcome. Check their website for the Beer Yoga schedule and get a spot early. It always fills up.

Fridays are special at Talisman. They call it RED (Remember Everyone Deployed) Friday with a guest food truck (check their Facebook page for schedule), and a raffle throughout the evening. Since it’s Utah, they can’t raffle off beer, but there are plenty of other great prizes up for grabs. And definitely wear red in support of deployed troops.

Before you leave Talisman, stop into the beer store and grab a few bottles of Dagda. You’ll be glad you did.

As Roosters grew in popularity, it expanded its operation and added another brewpub/restaurant in Layton. That larger facility enabled them to enter the realm of bottled and distributed beers which ignited even greater demand. As a result, Roosters built an all-new brewery and cannery on the west side of Ogden at the intersection of B-Street and Stockman Way.

Of course, the new facility incorporated an amazing indoor/outdoor taproom with epic views of the surrounding Wasatch Mountains. The massive brewing facility and 12 taps in the taproom mean that beer lovers have a constantly rotating selection of brews to choose from. The increasing popularity of ciders and seltzers mean that a tap is dedicated to one each, with the remaining 10 taps pouring Roosters’ latest innovations in the realm of 5% draft beer. Additionally, the taproom typically rotates 10-15 high-point cans and bottles from not only their own brewery, but hard-to-find guest brews.

If you’re the “beer-and-a-shot” type, B-Street is actually a full bar as well. They simply ask that you respect their two-shot maximum rule during your visit.

UTOG was built to cater to beer connoisseurs in a family-friendly environment. Guests 21 and over can enjoy seating at their full bar while families can enjoy a more traditional dining room experience. An elevated view of the entire brew operation leads to their beer store and back patio.

Under an agreement with the local minor-league baseball team, The Ogden Raptors, patio dining provides a great way to watch home games while enjoying beers, dinner and dessert. Both 4-top and 6-top tables are available at $5 per seat. The littles can enjoy a playground along with outdoor games like corn hole. Dogs are welcome on the patio and can access the area through the alleyway on the north side of the building.

UTOG’s Sunday brunch is quickly reaching legendary status among locals, so expect a small wait for a table. Brunch menu options range from the savory, like their Big Bubba, to the sweet, with a different gourmet French toast every week.

Ogden River Brewing is one of those “iconic Ogden” stories. Throughout his 40-year career with the railroad in Ogden, ORB founder, Pat Winslow, was an avid home brewer. Virtually all of his friends who sampled his beers encouraged him to go bigger. Upon retirement, Pat cashed in his 401k, launched a Kickstarter, found some investors and launched Ogden River Brewing.

True to its name, ORB is situated in a stunning location along the Ogden River, making it the perfect stop on a walking or biking tour of the shaded Ogden River Parkway. The indoor dining room and bar share space with the brewing facility, while the outdoor patio welcomes the sights and sounds of the river. But for the ultimate experience, head upstairs to the rooftop lounge area to take it all in.

Be sure to sample the Pink Boots beer. Pink Boots brews are cooperatively developed and produced by Utah’s female brewers from various breweries. In fact, you’ll find Pink Boots at several locations. A dollar from every Pink Boots beer is donated back to the organization and ensures the continued evolution of female brewing in the Beehive State.

On top of their amazing beer selection, ORB features a full-service bar and excellent eats ranging from soups, salads, sandwiches, pizza and pub favorites. Their Saturday and Sunday brunch is the perfect way to start any adventure in Ogden. And growlers and crowlers are available for beer on the go.

Ogden's Own began in 2009 with their first liquor, Underground Herbal Spirit. Since then they have become a leading producer of some of Utah's favorite spirits and have become a local hub for people to gather.

They moved into their new facility in 2020 where they now produce canned cocktails such as a Moscow Mule, vodka soda, Porter’s Peach iced tea, a gin and tonic, and Porter’s Huckleberry Lemonade.

The new facility at least 615 W. Stockman Way sells all of their products direct to consumer and offers private tastings. In addition to their liquors, they also have an abundance of merchandise available, so you can let everyone know about your visit.

Ogden’s Own continues its commitment to being a community gathering place and included the construction of an outdoor amphitheater when developing their new location. They hosted the first Ogden Can Fest in June, a day-long celebration of our local breweries that included live music and great times. We’re crossing our fingers that it becomes an annual event!

New World Distillery is nestled in the heart of Ogden Valley in Eden, a stones throw from all three of our area resorts and other outdoor recreation attractions. Founders Chris and Ashley Cross welcome visitors with hiking boots, ski boots, or muddy sandals from Pineview, Snowbasin, Powder Mountain, Nordic Valley and beyond.

Their welcoming retail space offers all of the liquors for purchase direct to consumer along with local bitters, cocktail mixers, swag, recipe cards and more.

But a visit to the distillery is necessary to catch any of their special releases like their Uncharted Series barrel-rested gins, or their Ogden Nine Rails Bourbon. Even then, you’ll be lucky to snag a bottle. These special releases most often sell out on the day of their release. The next release of Ogden Nine Rails Bourbon is slated for August. Be sure to follow their social channels and keep and eye on their website for the release date and be ready to act fast.

Tours and tastings are resuming as we come out of the coronavirus pandemic and can be arranged via their online registration portal [http://www.newworlddistillery.com/tours]. Proof of vaccination is required.