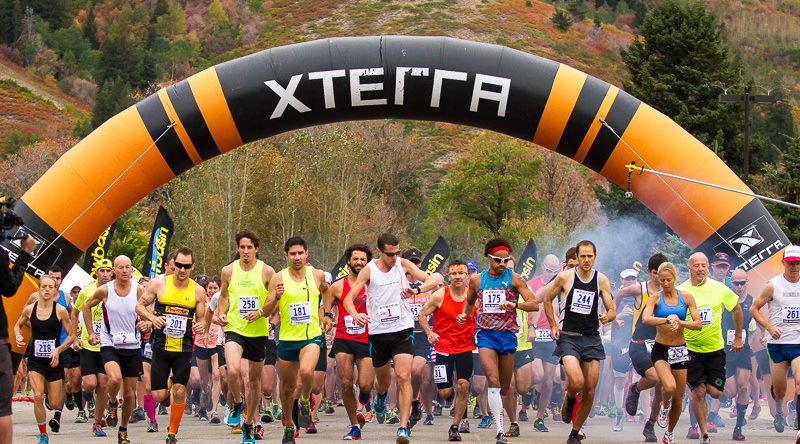 Ogden, Utah – It’s long been said that XTERRA is more than just a race, it’s a lifestyle.

Perhaps nowhere is that more evident than in Ogden, Utah where the Mayor, Mike Caldwell, was the founder and race director for the first XTERRA here back in 2004.

Mayor Caldwell and a collection of the most welcoming locals to be found anywhere rallied the entire community to bring off-road triathlon to their hometown more than a decade ago and are themselves everyday XTERRA people. They swim, bike, and run in the mountains, have fun, eat well, laugh, and unpretentiously perpetuate the sports’ motto to “Live More”.

“XTERRA is a unique event for our community that has grown and progressed into a world class event,” said Caldwell.  “It is a huge part of our community's DNA.  These athletes and race organizers have become part of our family providing an opportunity for us to form lasting friendships with people from all over the world. Not only do I enjoy the homecoming feel the event brings, it also has great economic impact for Ogden. Our hotels sell out and our restaurants fill up. It is the perfect fit for Ogden, and I look forward to this weekend every year.”

Athletes also look forward to this event every year, and more than one-thousand of the very best amateur and professional triathletes and trail runners have traveled to the Beehive State to battle for the title of XTERRA Champion.

“We love bringing the XTERRA Tribe together in Utah, the energy level is just incredible,” said Janet Clark, president of XTERRA. “Ogden and Snowbasin are simply the best – between the facilities at Snowbasin, the great restaurants and atmosphere along Historic 25th Street in Ogden, and the unbelievably supportive community – we can’t ask for a better venue.”

The main event, the XTERRA Pan America / USA Championship triathlon is the culmination of a series of off-road triathlons spanning South and Central America, Mexico, the Caribbean, Canada, and the U.S.

It starts with a one-mile swim in Pineview Reservoir (4,900-feet elevation), follows with an 18-mile mountain bike leg that climbs more than 3,000-feet to the top of Sardine Peak (7,300-feet elevation), and culminates with a 7-mile trail run featuring another 600-feet of climbing on trails around Snowbasin Resort in the Wasatch Range.   There is also a half-distance sprint off-road triathlon and relay-team options.

This year, for the first-time ever, what has historically been an invite-only race just for U.S. citizens racing in the America Tour is now an open to one-and-all.  So sign-up and see what XTERRA is all about!

The fastest racers in each five-year age group will be honored as the XTERRA Pan American Champion, and the fastest American in each of those divisions will be celebrated as XTERRA’s U.S. National Champion.

Opening up the race to all comers means one can expect some of the fastest off-roaders from Canada, and all over the world for that matter, to converge on Ogden for a shot at the crown and a chance to race on one of the World Tour’s most challenging and scenic courses.  Snowbasin is an ideal spot for off-road tri in the summer time and when the fall colors turn the mountain landscape into a kaleidoscope of colors, it’s spectacular.

Pros will be competing for $80,000 in prize money, and dozens of cameramen will position themselves around Wheeler Canyon and the Wasatch Range to capture all the action for a nationally syndicated one-hour TV show that exposes the beauty of northern Utah to the masses.  (Note: The award-winning XTERRA Adventures TV series, XTERRA USA and World Championship broadcasts are available as a video subscription for Prime members on Amazon Video via the Amazon Video app for TV, connected devices including Fire TV, mobile devices and online at Amazon.com/XTERRA).

The triathlons are Saturday, September 17 and on Sunday it’s the trail runners turn on the mountain.

The XTERRA Trail Run National Championship half-marathon features scenic views, technical trails, and big climbs.  The half-marathon, plus the 5K and 10K trail runs are open to everyone, and it’s important to note that you don’t have to be fast to join in the fun.  For some, it’s just about finishing and that’s okay as XTERRA is all about perpetuating the healthy, active, outdoors lifestyle.

There is great entertainment to be found at Snowbasin Resort as well highlighted by the spontaneous, ecstatic, and sometimes tear-jerking displays of emotion at the finish line for the races.

This year, experience it for yourself.  Have a look at the schedule for places and times, and whether you race or not – join in the fun and excitement of XTERRA.  For more info and links to registration visit www.xterrautah.com, or call toll-free to 877-751-8880.  Live More!

The women’s race is highlighted by American XTERRA Warrior Suzie Snyder, winner of four Pan Am Tour races this season.  She will have plenty of competition from the likes of XTERRA Asia-Pacific Tour Champion Lizzie Orchard of New Zealand, Brazilian star Sabrina Gobbo, French stand-out Myriam Guillot-Boisset, rookie pro sensation Julie Baker of the U.S., and nine of the top 10 ranked women in the XTERRA Pan Am Pro Series.

TEAM Unlimited is a Hawaii-based television events and marketing company, founded in 1988.  It owns and produces XTERRA and in 2015 produced more than 300 XTERRA off-road triathlon and trail running races in 25 countries worldwide.  View samples at www.xterra.tv, and learn more at xterrautah.com, xterraplanet.com and xterratrailrun.com.

NR = Not Ranked in Pan Am Pro Series