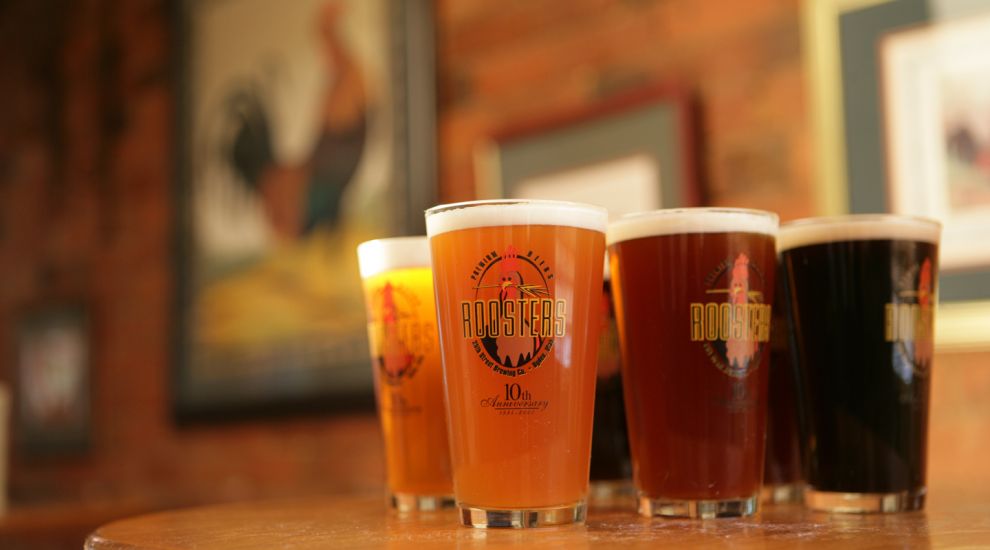 "Beer is proof that God loves us and wants us to Visit Ogden." — Benjamin Franklin

Ogden’s micro-brewing scene has come a long way over the last decade. Legacy brewers like Roosters Brewing Company have been joined by exciting new breweries like Talisman Brewing Company and UTOG Brewing Company, all bottling/canning a wide variety of beers with year-round availability as well as dozens of unique seasonals that provide surprises.

A new event, Peculiar Pours, has been organized to celebrate the area’s limited-run brews. If you find yourself in the Ogden area on October 13th, make your way to Union Station for a rally of local breweries bringing their most peculiar flavors and test pours. Peculiar Pours will offer live music, delicious bites, quirky surprises and a party with your taste buds.

If you find yourself in Ogden at any other time of year, we’ve created this list of six local brews that can be reliably found around town throughout the year. But first, let’s meet the brewers!

This sessions pale ale laughs in the face of tradition with generous portions of Mosaic hops. Combined with Chinook and Zeus hops, Mosaics tantalize the palette with essences of mango, lemon and earthy pine. Surprisingly great flavor in a low-alcohol beer. 4% ALC/VOL

The Dagda, meaning "Good God," was the ruler of the Celtic Gods and Protector of the crops. Thanks to his watchful eye we are able to enjoy this IPA that balances malty sweetness with amazing hop flavor and aroma. It’s hop-forward profile is joined by a pleasant balance of malty sweetness and hop bitterness. Expect Citrus, tropical fruit, earthiness, and some mild pine. 6.5% ALC/VOL

Bock is German for goat, a symbol of strength. Roosters’ Niner Bock is a Dopplebock, which, as the name implies, is a bock of twice the strength – twice the goat! This beer is big and smooth! A hoppy nose gives way to subtle toffee and caramel malt characteristics and weighs in at – you guessed it – 9% ACL/VOL

The creation of man was the gift of life, but also the gift of knowledge. Man used that knowledge to make beer, which was one of the first intoxicating beverages enjoyed. Talisman’s Kreation is a light and easy drinking wheat beer that is refreshingly crisp with mild hints of banana and clove. 4%ALC/VOL

Nostrovia! Inspired by Russian brewers back in the 1800's to win over the Russian Czar, the Imperial Stout boasts high alcohol and deep malt character. The Iron Rooster is rich, black, and roasty with smooth chocolate and toasted malt flavors. 9% ALC/VOL

On May 10, 1869 at Promontory Point in Northern Utah, a grand celebration took place. On this day, the East met the West as the famous Golden Spike was placed where the transcontinental railroad was joined. As a tribute to the original event…and a look forward to the sesquicentennial celebration in 2019, Talisman brewed this golden colored Pale Ale. You can expect pleasant balances of a malty profile, fragrant hop aroma and mild but sessionable bitterness. Its light-medium body, light malt character, mild sweetness with amazing hop balance makes for a crisp, easy drinking, smooth beer with a slightly bitter-dry finish. 5.5% ALC/VOL

Obviously, Roosters and Talisman can hook you up with their respective beers, but you'll also find them at other popular spots around town with broad beer selections like Slackwater and Angry Goat.

Special thanks to untappd.com for photos. Check them out for user-generated reviews of these, and other Ogden, Utah brews! Better yet, start planning your trip to Ogden and come review them for yourself! 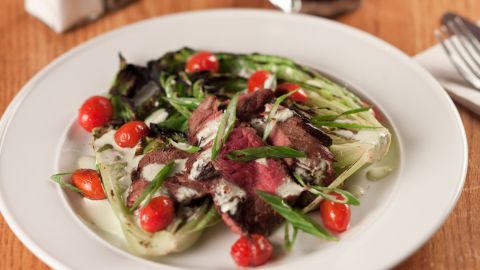 Reconnect with family, friends or colleagues in the restaurant; book a private event in our lower level catering space or enjoy catering at an...