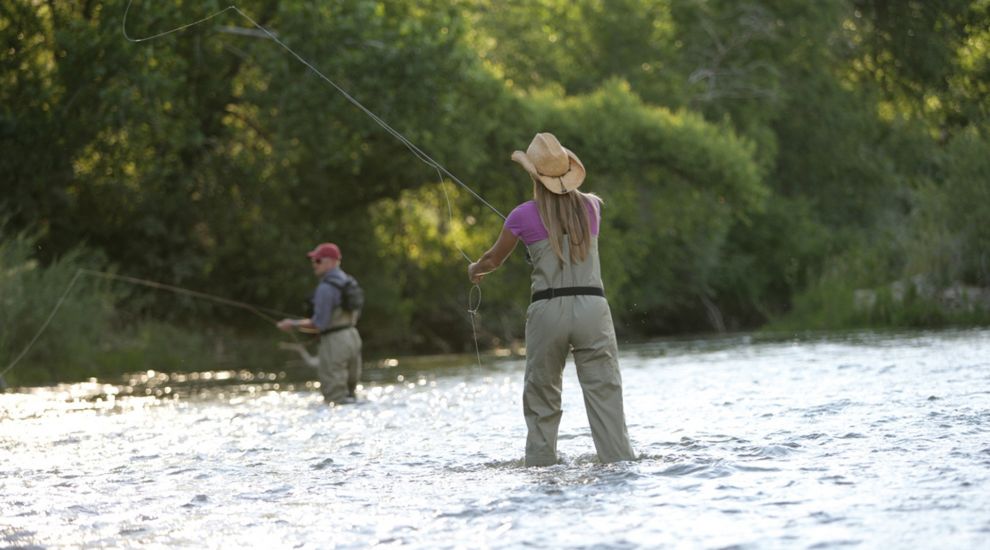 A leaky fork seal on a Thursday afternoon. That’s how I found one of my favorite new (old) places.

You see, I had set out on my dual-sport motorcycle with the loose idea of putting my National Park Pass to use by hitting seven National Parks in seven days. My goal was to spend Wednesday in and around Yellowstone National Park, Thursday morning in Grand Teton National Park, then bust south for the “Big 5” in Southern Utah...Bryce, Zion, Arches, Canyonlands and Capitol Reef. I even toyed with the idea of hitting the Grand Canyon if time allowed.

But on a side journey up the Gray’s River Road just south of Grand Teton National Park, I set up camp and saw the leaking fork seal. The next morning, I nursed the bike back to pavement and south to the nearest city I figured might be equipped to make the repair. That city happened to be Ogden, Utah.

I rolled into town on a Friday afternoon in early June and used my phone to quickly find a dealership. They located replacement parts, but they weren’t going to arrive until the next day, then there would be repair time. It looked like I was going to have to drop a park or two from my list and kill a day around town.

The dealer told me when to return with my bike the next day and gave me directions to the heart of the city, where I could find a hotel room. I checked in and figured I’d use the evening to work on a blog post, edit some photos and get some rest. I was wrong.

As I checked into an historic downtown hotel, the desk clerk informed me of all the evening’s happenings I had stumbled into...and all within a few feet of where I was standing. In addition to the city’s monthly “First Friday Art Stroll” that always includes extended hours at the town’s 18 art galleries as well several street musicians, this particular Friday included a huge car show up and down several blocks of Historic 25th Street.

I learned that the street actually goes by several monikers with the locals including, “H-Two-Five” and “Two-Bit Street”...a name apparently earned back in the railroad days, not just because of the correlation between 25 cents and “25th Street, but because passing visitors could obtain pretty much anything along the street during a stopover for “two bits.”

And when I say “anything,” I mean ANYTHING. Yeah, there were grocers who sold foodstuffs, bars where a glass of beer or a shot would set you back a quarter and restaurants where I’m sure the “blue plate special” cost about the same. But beyond that, local legends recount tales of much more illicit stuff back in the day.

The whole street consists of two- and three-story buildings. Apparently, the ground floor housed the “legitimate” businesses previously mentioned. However, nearly every current building owner will tell you, without batting an eye, that their upper floors were once brothels. There are stories of underground rooms that housed speakeasies and opium dens that where tied together up and down the street with a series of tunnels where bootleggers could conveniently move their product around, moments ahead of police raids during prohibition. Moreover, it was understood that the police raids were known about in advance thanks to some under-the-table shenanigans between local government and business owners. Clearly, I had stumbled into a town with some real grit. In fact, when Al Capone stumbled into Ogden, he left saying the town was “a bit too rough” for his taste.

While the street has been gentrified to a large degree with art galleries, fine dining options and upscale bars, there are still remnants of the glory days in the form of a dodgy bar or two and a few people who look like they missed their train 50 years ago and decided to just hang around.

Historic 25th Street was closed to traffic for the car show and art stroll that evening and my night of planned productivity and rest quickly turned into a pub crawl, interrupted by drooling over some of the most beautiful cars, customized motorcycles, refurbished vintage camping trailers and some of the most unique art I have ever seen.

As I asked locals for restaurant recommendations along the street, it seemed everyone had a different favorite haunt. Unlike many towns I’ve visited where there is THE place to eat, it seemed Ogden had dozens. Two places that were mentioned consistently were Roosters Brewing Co. and Slackwater. The former is in the heart of Historic 25th Street and the latter sits a few blocks north right on the banks of the beautiful Ogden River.

Since I was already downtown I opted for Roosters that night and I wasn’t disappointed. While it offered typical brewpub fare such as wings and burgers, it also scaled down to pastas, salads and wraps and up to Tuscan beef medallions and Angus ribeye steaks. And with several house-brewed beers on tap, I began to realize that what I had anticipated as a few hours in Ogden, was likely going to turn into a few days.

The manager at Roosters was kind enough to answer the dozens of questions that traveling bloggers tend to ask and she gave me a trail map that detailed the access points and routes of the hundreds of miles of trails that surround the city as well as a “Adventure Guide” to the area. I ordered one more beer and spread the giant map on the bar and cracked open the guide, expecting to wade through pages of ads and 2-for-1 coupons.

By the first page, I realized I was holding an actual guidebook and not an advertising tool. In fact, there wasn’t an ad anywhere in the guide. I also realized that the rest of my National Parks tour was going to get bumped to a later date. This was an area where I needed to spend a bit more time, and I spent the remainder of the evening creating a new plan.

The next morning, before dropping my motorcycle at the shop, I stopped into a local fly shop, picked up a fishing license and a bit of advice. The motorcycle shop owner had one of his employees give my travel fly rod and me a ride to one of the access points for the Ogden River Parkway. This gorgeous little river roars down from the high peaks of the surrounding Wasatch Mountains, then slowly meanders right through the center of town. However, once on the lush river parkway itself, there is little evidence of the bustling city beyond.

This section of the river recently underwent a true rebirth from the days when pretty much every city in America used rivers as flushable garbage dumps. However, the Ogden River wasn’t simply “beautified.” It’s habitat was fully restored through thousands of volunteer hours under the oversight of the Utah Division of Wildlife Resources. The end result? The only urban blue-ribbon trout stream west of the Mississippi River.

The paved river parkway connects to hundreds of miles of singletrack trails that seem to poke into dozens of canyons that access waterfalls, hidden valleys and one of only five “via ferratas” in the country. “Via Ferrata” is Italian for “iron road.” Essentially, it’s a protected climbing route where even absolute novices can experience the thrill of big wall climbing.

By lunchtime, I had caught and released a dozen pan-sized brown trout as I worked my way up the river, just in time to enjoy an incredible lunch at the aforementioned Slackwater Pub and Pizzeria. Don’t let the “pub and pizzeria” thing make you think it’s mediocre pizza-by-the-slice and Budweiser in a can. This is top-notch gourmet pizza and a beer menu, bound in a book about the size of Catcher in the Rye, with brews from around the world.

When the motorcycle shop called to inform me their repairs were complete, I was in no hurry to load up. I spent the evening between three different downtown pubs with some of best and most authentic live music I’ve ever heard. Gritty, mountain-town Americana stuff. Music that sounds like, well, Ogden, Utah.

By the time I loaded up on Sunday morning, I realized that I hadn’t even begun to scratch the surface of this funky town, but I was excited at the prospect of returning to explore more. I’ll do it this fall and I’ll have a mountain bike. I’ll take in more of the trails and spend a bit of time on the plaza at the world-class Snowbasin resort, listening to their free “Blues, Brews and Barbeques” music series. Maybe watch the XTERRA USA Championship race finish.

Ogden, Utah hasn’t heard the last of me.