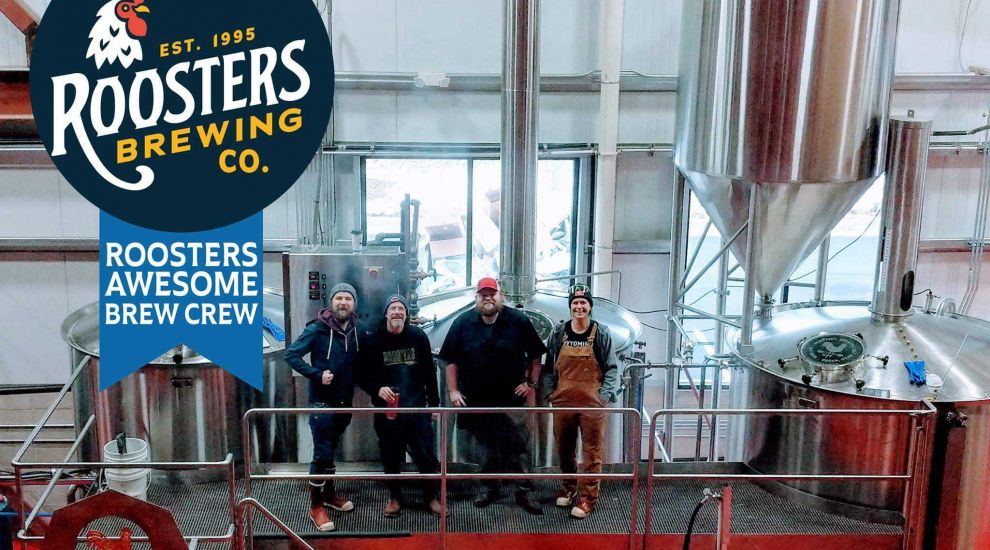 December 20, 2018 - Ogden, Utah. Following a year of anticipation, the new brewery with taproom is now open to the public! Roosters B Street Brewery is located in the new “Trackline” area and business complex north of 24th Street and B Avenue in Ogden. Adjacent to the Ogden River Parkway, the site has incredible cycling access and amazing mountain views.

The new brewery signifies a major shift to a large-scale canning operation. “The two small breweries in Ogden and Layton have been at capacity for the last couple of years,” said owner Pete Buttschardt. “In order to keep the shelves stocked and expand, we’ve been working to create a  dedicated production facility and add canning to our operation. This new location is our answer.”

Some Roosters loyalists have wondered whether this new brewery means one or both of the restaurants will close. The answer is a resounding no - The B Street Brewery is an additional brewing facility that features a taproom, outdoor seating options and a casual menu. Both Roosters Layton and Ogden will carry on as full service restaurants with craft beer brewed on-site.

But with the taproom comes a new license. B Street is licensed as a bar, meaning the location serves customers 21 and older. Particularly this means you can grab a craft beer, a cocktail or a glass of wine. Choose from a selection of Roosters brews on tap, high points in bottle, and even some guest taps currently featuring Kiitos, Fisher Brewing and Mtn West Hard Ciders. “The menu is evolving,” says owner and chef Pete Buttschardt “the taproom, it’s supposed to be fun and about trying something different, a seasonal brew, a rotating guest tap, I want the food to match that and be changing too.”

Will there be a grand opening party? Owner Kym Buttschardt says “Absolutely! We are known for hosting fun events and have some plans to share the Roosters love. We just have a few more logistics with the new building, taproom and brewery to figure out. When all of the moving parts are in sync, we will have an opening celebration weekend!”

In the meantime, some key dates to take note of:

***
Roosters Brewing Company originally opened its doors in 1995 on Historic 25th Street, featuring
elevated pub fare and a gathering space for community and visitors. Since then, they’ve opened a
second location with a brewery in Layton, launched a bottled high-point label available in Utah
DABC stores and most recently, ventured out of state with bottled products at retail locations
throughout Wyoming.