Jazz at the Station 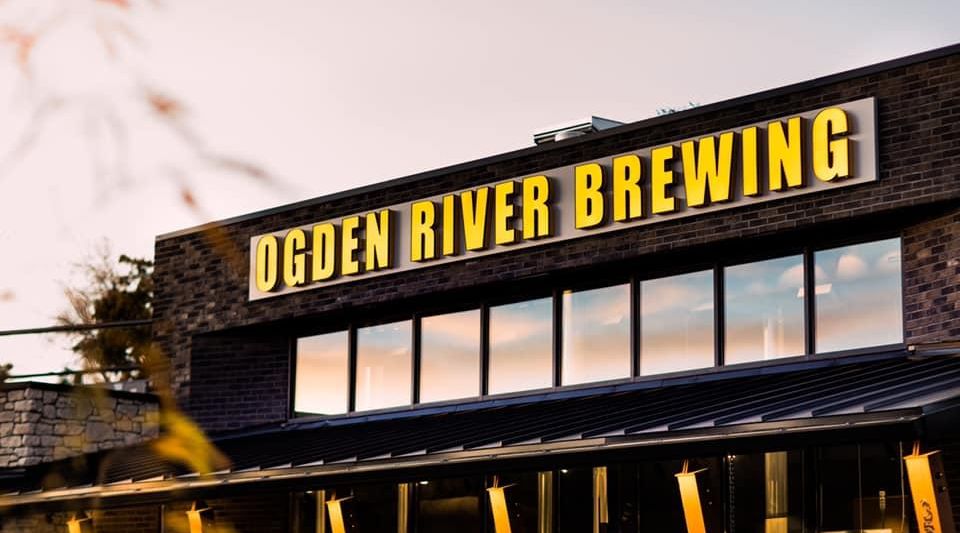 Ogden City, Utah (October 27, 2020) – Utah’s newest craft brewery, Ogden River Brewing,
is poised at long last to open their doors and their taps to a thirsty public on October 28th.
What began as a humble dream of a bare-bones tap room has evolved to become a 250-seat
state-of-the-art gastropub with a 10-barrel working brewery, two massive patios including
a rooftop bar and lounge space with unobstructed views of both the Ogden River and the Wasatch Front. Unlike anything in Ogden, the brewery has been years in the making. Originally the brainchild of Head Brewer, Pat Winslow, the project initially got off the ground with crowdsourced funds from a successful Kickstarter campaign which raised over $30,000. While undoubtedly a respectable sum of money, the funds raised were a far cry from what was required to bring this grand vision to fruition. Enter, Bryan Wrigley of Lotus Company.

Over a shared vision for the community of Ogden and more than a few pints of homebrew, Pat and Bryan formed a fast friendship which grew into a business partnership. Wrigley expanded on their relationship, “Everyone who knows Pat, loves Pat. And it’s not just because of all the free beer. He exudes a genuineness and a passion for what he does that is as unique as it is infectious. Early on, I knew that I wanted to grow this dream with him.”

Since that time, Lotus Craft, the hospitality arm of Lotus Company and parent organization of Ogden River Brewing, has filled their ranks with some of Utah’s most experienced craft operators. President of Hospitality, Doug Hofeling, former Chief Operating Officer of Squatters and Wasatch Pubs & Beers, said of the fast-approaching finish line for the project, “To say we’re thrilled to be on the cusp of opening our doors to Ogden would be an understatement. So many people have worked tirelessly, pouring their all into this venture and it’s evident in every detail.”

Alongside operational talent on the restaurant side, Lotus Craft has recruited some of the foremost brewers in Utah. Former Head Brewer for Uinta, Patrick Bourque, will be supporting the operation in his role as Director of Brewing for Lotus Craft. Additionally, Landon Jeffrey, 2019’s Homebrewer of the Year, has come on board as Assistant Brewer for Ogden River. Open seven days a week from 11 AM on weekdays and 10:30 AM on weekends, the brewery will feature lunch, dinner and weekend brunch menus, along with a full bar in addition to the 10 draft taps.

Executive Chef, Susan Beck, an Ogdenite herself, is excited to share her culinary creations.
“We’ll have all the go-to pub classics, with some more experimental offerings here and there,”
said Beck. “We’re also focused on providing great vegetarian and vegan options, with the focus for all of our ingredient sourcing being grounded in sustainability. We’re getting the highest quality products from as close to home as possible.” Indeed, the ethos of sustainability and local first informs countless elements of the operation. Ogden River will be near-zero waste from the outset, both in the brewery and the restaurant. “Community creation is central to Lotus, and Ogden River Brewing is the manifestation of that guiding philosophy. It’s been a tough year to say the least, and our community needs a win. We think Ogden River Brewing will be exactly that,” said Wrigley.

In 2008, Bryan Wrigley created the Lotus Company with creativity, collaboration and innovation at
the forefront of his vision for this Wasatch Front-focused development organization. Guided by this high-minded ethos, Lotus quickly became synonymous with best-in-class multifamily development projects, marrying inspiring design with premium locales and accessibility to amenities both on and off-property. To expand upon this initial vision of creating extraordinary value in spaces often overlooked, Lotus grew to include Lotus Craft in 2019. Lotus Craft is the branded-hospitality arm of the organization and currently includes craft beer brewing, small-batch distilling and premium coffee roasting, as well as restaurant and bar ownership and management. This union of signature residential real estate and hospitality under one roof seeks to further the Lotus philosophy of creating gathering spaces where connections are built and bolstered, or quite literally creating community through craft. Lotus Company has created a $200 million ground-up asset portfolio and has a $260 million development pipeline of some of the most diverse and interesting projects along the Wasatch Front.