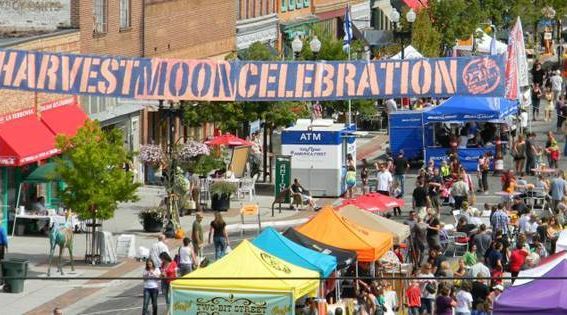 There’s shy, and then there’s turtle-stuck-in-its-shell shy. A few weeks ago each of our three kids, 5-year-old twins, Patrick and Rebecca, and 11-year-old Luke, started new schools.

Kindergarten and the first year of middle school are supposed to be fun, but for our kids these transitions brought out nothing but nerves. The twins were used to spending all day at home with me, and Luke was afraid about not fitting in with the older kids.

As some kids do, they were all trying to cope with this new stress by clamming up. While my husband and I certainly aren’t fans of hyper, we readily agreed that our kids were being far too quiet. So in a joint effort to get them to relax, come out of their shells and stop worrying about school, we planned a weekend getaway to Weber County for the annual Harvest Moon Celebration.

The weekend begins
“Welcome to Ogden,” said our friendly server as she skillfully set down three Shirley Temples and two craft brews. Our first stop in Ogden was Rooster’s Brewing Company and Restaurant, one of the city’s fine, yet family-friendly, downtown eateries. Over plates of locally sourced, artisan fare, my husband and I watched our kids gradually start to let their guards down as our server enthusiastically told them what they could expect to see and do at Harvest Moon—Northern Utah’s largest outdoor festival.

The next morning, the twins woke us up earlier than usual—very concerned that we hadn’t packed pumpkins and paint for the festival’s popular pumpkin painting contest. After assuring them materials would be provided, I noticed that the early wake-up gave us the time to tackle another attraction before the celebration. Off we headed to the Treehouse Museum, known for its interactive exhibits with a strong focus on arts, history, geography and the world. Family votes aren’t always unanimous, but this one was a resounding yes.

Luke was fascinated by the museum’s interactive floor map of Utah while Patrick and Rebecca whaled away on the marimbas in the music room. But the best part of the morning was watching those three befriend the bigger kids who had laid claim to the castle playscape and the big red barn. It was a reminder that it’s only a matter of time before kids make new friends, and it gave us hope that ours would return to their classes with this newfound confidence the museum had mysteriously brought out in them. Happy, hungry and ready for some fresh air, we headed to Historic 25th Street to take part in the Harvest Moon Celebration’s food and festivities.

“Can I get a volunteer?” asked the clown who was standing in the street with his buddy, the balloon artist, in a sea of kids. We had just arrived at the festival, and I was shocked to see Luke’s hand shoot up into the air. So far, his middle school teachers had reported that he seldom drew attention to himself and was usually the last one to speak up in class. We had been enjoying ourselves in Ogden for less than 24 hours, yet somehow our son had already managed to forget about being self-conscious and was just focused on having fun.

Wanting to capture the moment, I pulled out our camera and took photos as the clown and balloon artist entertained the crowd and created blown-up hat masterpieces for Luke to model. We clapped as he wandered around the crowd with a giant giraffe hat and laughed at the elephant cap that gave him big ears and a long trunk. He gave both to his younger siblings, and we thanked the clown and balloon artist as they began to create more pieces for the crowd of kids. Two mini train rides and one trip to the beer and wine garden later, our family sat down to enjoy some of the festival’s live music, followed by a visit to the bubble pad, sitting still for face painting and my personal favorite—watching the fashion show of vintage apparel designs that have strolled this historic street throughout its occasionally notorious history.

My husband and I gave each other sly smiles when we watched our kids playing on the Tumblebus, a yellow school bus converted into a jungle gym. We were both concerned about them at school, but this trip had shown us—and them—that they were capable of comfort no matter where they were or who they were with.

“I’m not sure about science,” was the first thing Luke said when we asked him how his first day at school had gone. That was three weeks ago, and now, as we explored Ogden’s George S Eccles Dinosaur Park, I wondered if he was having a change of heart. The park’s outdoor exhibits include more than 100 life-sized dinosaur sculptures, and its museum, featuring paleontologist finds in Utah, is just as memorable. Meanwhile, Patrick and Rebecca, who had been telling us since they started kindergarten that they didn’t need to learn how to read, were quite taken with the Adventure Shop’s reading corner.

Over dessert, we decided that by January we’d be back in Ogden, skiing and snowboarding in the surrounding mountains. But only if the kids had good grades—something we knew would be a lot easier to achieve with their new, more upbeat outlooks.

Request a visitors guide and begin planning your family’s trip to Ogden. 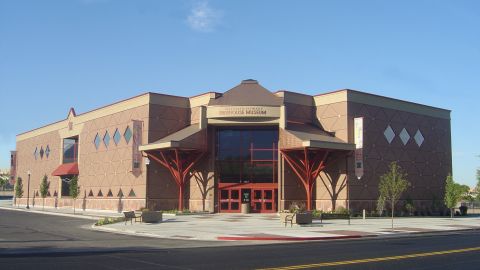 Open since 1992, Treehouse Museum is a hands-on children's museum focused on children's literature and the arts. With dozens of beautiful exhibits and... 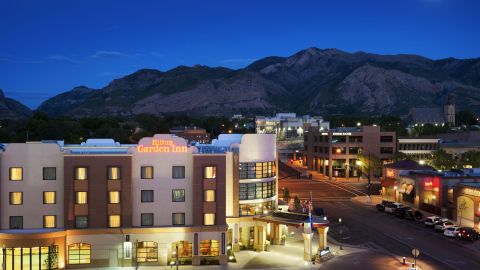 Breathtaking accommodations and excellent service await your guests. Located in the heart of Ogden, this hotel lets your make the best of your time...