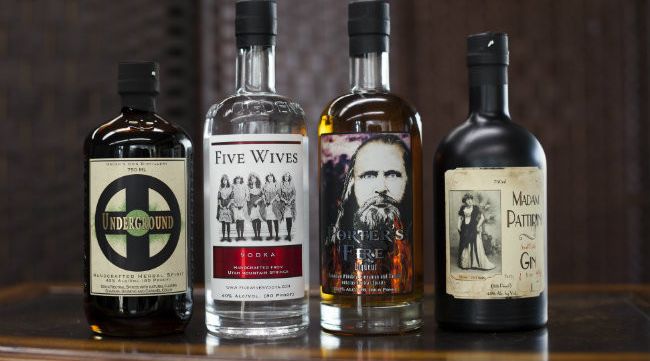 Grit Daily recently published a list highlighting 10 businesses whose responses to the COVID-19 outbreak have been noteworthy. The list contains mega-brands like Nordstrom, Airbnb, Facebook, Patagonia and others. And right there with them, you’ll find Ogden’s Own Distillery.

Since the Grit Daily piece is written in “listicle” format, a relatively short paragraph cites the reasoning for the inclusion of each business on the list. While Ogden’s Own is highlighted for its efforts in producing and distributing hand sanitizer throughout the community, there are other aspects of their response that we feel deserve additional attention.

Ogden’s Own was several days ahead of any official directives closing bars or prohibiting restaurants from providing dine-in service. They had the foresight to understand that their key customers — bars and restaurants — were going to take a substantial hit. In an effort to infuse a bit of much-needed cash to those establishments, Ogden’s Own rushed out and purchased thousands of dollars worth of gift certificates and gift cards to independently owned bars and restaurants along the Wasatch Front. Indications are that the cards and certificates will be used as giveaways to encourage individuals to patronize these establishments when things have calmed down and restrictions are lifted. However, the infusion of cash early on undoubtedly helped the owners when they needed it most.

After helping the owners of independently owned bars and restaurants through gift card purchases, Ogden’s Own recognized the need to help frontline service industry workers in those establishments. They understood that the servers, baristas, and bartenders whose livelihood is dependent on the tips generated during normal operation would be significantly impacted. Ogden’s Own committed to forego all profits from the months of March and April and donate 100% of the proceeds to local staff members and employees of Utah’s bar and restaurant community. They have partnered with the Salt Lake City Downtown Alliance to distribute funds through their “Tip Your Server” program and with the Ogden Downtown Alliance and their "Support Ogden Dining" program. If you'd like to donate to the cause, click here.

The massive press coverage that has come as a result of Ogden’s Own hand sanitizer production efforts has increased their social media following, and they’ve used their channels  to highlight independently owned local coffee shops and restaurants offering curbside service and make them distribution points for the coveted “Five Wives Sanitize.” They’ve also used their influence to reiterate proper social distancing practices as well as push for blood donations, which have fallen off as a result of the outbreak.

We are proud to call Ogden’s Own Distillery our friends and neighbors and grateful to them for their proactive efforts in our community.