Jazz at the Station

Invasive Weed of the Week--Scotch Thistle No, that’s not a typo. The thing is, October in Ogden is so uniquely different that it merits it’s own brand: Ogtober.

It all ramps up to the spooks and ghouls thing toward the end of the month...and does so with enthusiasm...but we’ll get to that in a bit.

Ogtober gets underway with the First Friday Art Stroll on October 4th. This month’s stroll will include a "soft open" for the studio spaces inside The Monarch. Most of the studios are now occupied and artists will be on hand to demonstrate their work, and The Banyan Collective will be recording/broadcasting Van Sessions with Jeff Beltbuckley at 7:00 p.m., followed by Vincent Draper & the Culls at 8:00.

The Monarch puts art stollers in the heart of a lot of new public art in Ogden. Ogtober is your last chance to check out Richard Ramos' "Unrest" installation at Platforms.

Farmer’s Market Ogden runs an extended Fall Market every Saturday of the month in the Ogden Amphitheater. This summer heat has made for some fantastic late-season, full-of-flavor harvests of locally grown fruits and vegetables, and arts and crafts vendors have continued to increase virtually every week. The last two Markets are probably the ones you don’t want to miss.

Whether you're a believer or die-hard skeptic, Ogtober is the perfect time to join Story Tours for an Ogden Ghost Tour. With a couple of different options for ghost walks as well as a bus tour, it won't just be the cooler temperatures that are causing those goosebumps.

Of course, there are abundant “haunted” houses, forests, corn mazes and pumpkin patches throughout Weber County during October, but Ogden’s signature Halloween event has become “Witchstock.”

Witchstock takes place on October 26 and kicks off at the Ogden Amphitheater with a “Witches Tea Party.” The costumed event includes dinner and drinks, music and a costume contest for $25, with proceeds benefiting the Junior League of Ogden and its efforts.

Immediately following the Witches Tea, revelers roll out of the amphitheater to join the “Zombie Crawl” down Historic 25th Street. The Zombie Crawl is a free-to-all free-for-all. Thousands of locals in full-on zombie make-up stagger and crawl their way down to Union Station, then return to the Ogden Amphitheater where the festivities continue with the “Monster Bash” dance party. Beer and wine are available for those who need a little liquid courage to get the dance moves going.

Those not inclined to go “full zombie,” line the street, often in “zombie hunter” gear. Regardless of what approach you take, the most important thing you’ll need for this event is your camera.

Those familiar with Peery’s Egyptian Theater know that it’s a spectacle in and of itself and worth a visit anytime. However, in Ogtober, it will host screenings of some amazing films in its one-of-a-kind setting.

On October 25 and 26, screenings of “The Rocky Horror Picture Show” will play to sold-out audiences. Pre-show entertainment is provided as well as “prop bags” for the full “Rocky Horror” experience. Costumes are highly encouraged and advance ticket purchase is pretty much required for this popular event.

Ogden breweries even catch the Ogtober fever. Looking to try an excellent seasonal beer? Local brews are available from UTOG Brewing Company, Talisman Brewing Company and Roosters Brewing Co., or check out Slackwater Pub and Pizzeria to find some pumpkin and harvest-style beer.

If you want to catch them all in one place, along with other breweries from along the Wasatch Front, you won't want to miss Peculiar Pours on October 12th from 3:00-8:00 p.m. at Union Station. This rally of local breweries bringing their most peculiar flavors, seasonal brews and test pours, includes live music, delicious bites, quirky surprises and a party with your taste buds!

Whatever your inclinations are for Ogtober, be sure to have a spooktacular time! 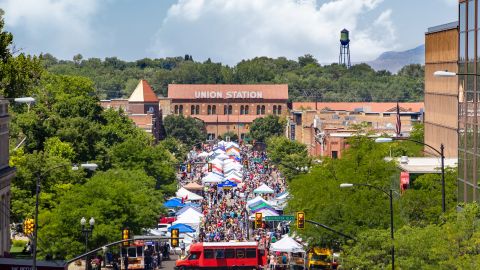 The Ogden Farmers Market extends the length of Historic 25th Street from Wall to Washington Blvd. every Saturday morning from late June through late... 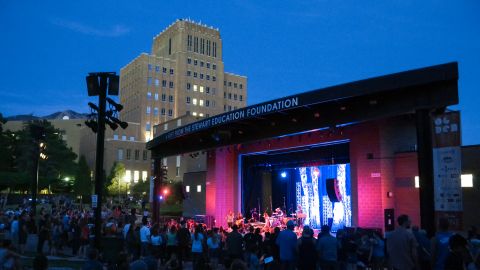 The Ogden Amphitheater is owned and maintained by Ogden City Corporation. Management of the facility is through the Arts, Culture and Events Division... 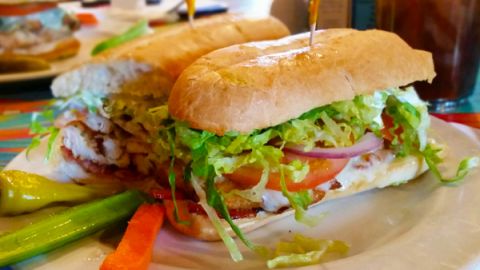 Rovali's Ristorante Italiano is unique in many ways, we specialize in homemade Italian dishes like Lasagna, Spaghetti with Mama's Giant Meatball,... 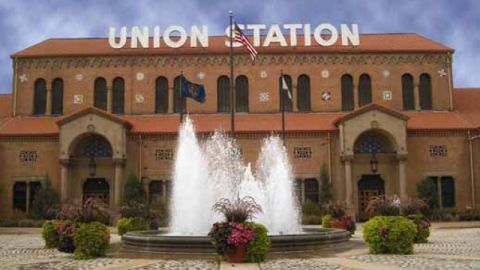 Historic train depot in the heart of downtown Ogden.