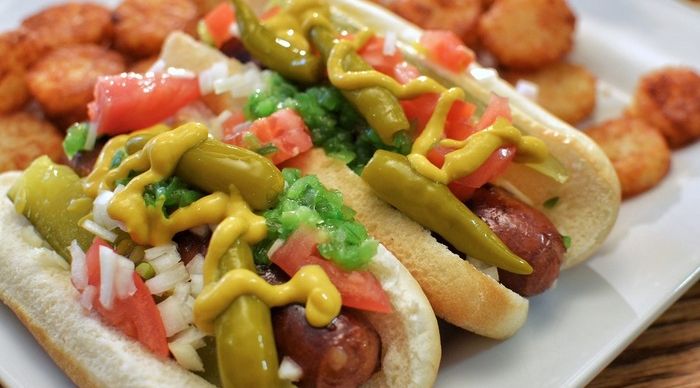 Visiting from Philly? Transplant from Chicago? Having married a man from the “Philly area” (Wilmington, Delaware to be exact), I had heard for years about East Coast food and how “I haven’t tasted anything” until I’ve had Sunday ragout dinners liked they served at Italian restaurants on Sundays, or fresh peel n’ eat shrimp sprinkled with Old Bay, or a real cheesesteak—which you can’t get in Utah because nobody serves them on FRESH Amoroso rolls. It’s all about the roll, he says. Then, low and behold, Maxwell’s opens in Park City and they are shipping in Amoroso rolls! We were elated to find this classic sandwich, done right.  So, I’ve done some research, asked around and found what people say are dishes that will remind you of “that place around the corner.”

Where to Get It:

Maxwell’s - Good place for a sandwich and some sports. In Park City at Kimball Junction, and downtown SLC on Main Street.

Where to get it:

Trestle Tavern - Perfect little dumplings popularized in the Midwest and beyond by Central and Eastern European immigrants, the versions at Trestle are tender and flavorful—if not fully traditional. Dig into the pork and smoked cabbage with cider-honey reduction and mustard vinaigrette; or the potato and horseradish with mustard cream and kale.

Chicken n’ dumplings are a filling comfort food, found in Southern states and the Midwest, also attributed to French Canadians and created during the Great Depression. It’s basically boiled chicken, broth and dumplings, seasoned with salt and pepper. Nothing fancy! So it’s nice when someone creates a modern update.

Instead of selecting one dish here, I’m just going to send you all to Black Sheep Café in Provo. At some point in your travels, whether after a day at Sundance Mountain Resort, or on your way down to Eagle Point or Brian Head Ski Resort, make this a must stop for Navajo tacos, pozole and green chile frites.

Where to get it:

Cinnabar - Pop in for après-ski and enjoy a lovely tray of house-smoked salmon cured with tarragon, lemon zest and juniper berries, served with crostinis, caper berries and marinated cucumbers.

Montage Deer Valley, Apex - This is a cocktail and has a kick of the South to boot. If you can’t make it to the Montage, here’s the recipe.